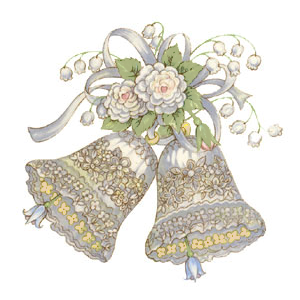 Sue Shaffer manages Old Church Chapel, will make your reservation, and answer any questions you have.  Sue and her husband Dave, because of their passion for history and the Lake Orange community, purchased Old Church Chapel and the surrounding properties.  The restoration of Old Church Chapel has been an on-going dream since 2002 and they are so very pleased to be able to offer it for your event. 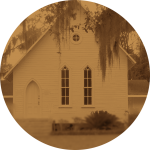 When the property was purchased Old Church Chapel was in need of a facelift. It had been used as a storage building and a workshop.  Through a painstaking restoration, the Chapel has been put back to what we believe is its original state.  Thanks to the efforts of Tom Thomas of Fine Line Architectural Detailing, Johnny Zackery our finish carpenter,  and our dedicated staff,  the restoration of the Old Church Chapel at Old Church Place has finally been completed. The Stained Glass windows were one of the biggest challenges to preserve and restore, but their beauty and authenticity are deserving of all the effort put into restoring them.

Old Church Chapel was built around the turn of the century. The beautiful Stained Glass windows were installed in 1894. We often refer to 1894 as the date the Chapel was finished. The time during and after the Civil War was very interesting for the community of Orange Lake, as well as those of nearby Ocala and Gainesville. Planters, mainly from South Carolina and Georgia arrived in Florida and became prosperous mostly due to the Citrus crops grown in the area. Railroads were built to transport citrus with “Whistle Stops” added for the small communities along the line eliminating difficult travel over dirt roads by horse-drawn wagons. The small communities were beginning to thrive, citrus was the largest crop, phosphate was discovered in the area, and there were many vegetable farms.

Old Church Chapel was built in an orange grove and was known as the Methodist Episcopal Church South.  The first pastor was Rev. R. Tydings. The care and craftsmanship that went into its construction with its fine wooden floors and simple stained glass windows are a good indication of the prosperity of the planters and the dedication the planters had to the community and the land.

The citrus crops were virtually destroyed in 1895 in what is still referred to as the “Big Freeze”. The fortunes of most of the planters were decimated along with the citrus trees, some planters stayed and grew vegetable crops,  some grew citrus on the small numbers of trees spared, others left, but the bustling era of growth was over.  The area remains rural, quiet, and in many ways much like it was so long ago. 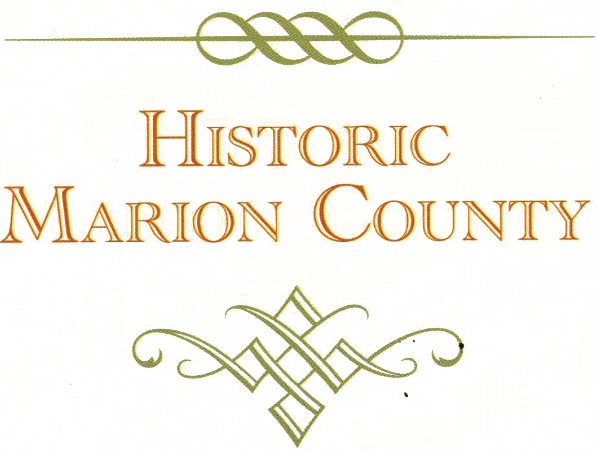 For additional insight into the area history:

Marion County's Commemoration of the War between the States